Award-winning songwriter Marcia Morgan has been playing and conveying with the written word her whole life. A childhood punster and poet, editor, author, SEO strategist and marketing content creator, words dance around her head all day long. As a lifelong music lover, many of the words dancing in Marcia’s head have easily taken the form and structure of song lyrics, with a melodic, rhythmic pace, punctuated by beats, and finding a home in the broad pop genre. Thanks to her collaboration with two professional singers-songwriters-composers (Julia Ross and Krysta Youngs), Marcia’s vision for collaborative songwriting became a reality starting in 2018. After 10 years of writing lyrics, she’s got a backlog of songs yet to be heard.

Marcia’s lyrics come from her spirited soul. She shares relatable feelings, experiences, observations, and slices of life with positivity and love. Raised in the Midwest, Marcia has been living north of Boston in the beautiful state of New Hampshire for more than three decades.

While Marcia writes songs as a form of creative expression, her goal as an artist is to produce relatable songs that people will connect with…in part or in whole.

Listen, read the lyrics and learn the story behind her published songs here on the Songs section. 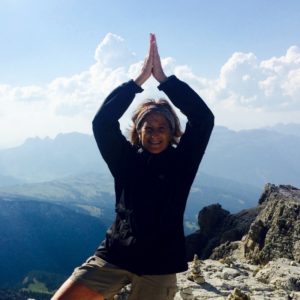